It is an honor, a pleasure and a surprise to write this, my third, state of the blog address.

This past year has held its ups and downs but I’m proud to say that this blog continues to succeed as well as anyone might have expected. Through the hard times I learned that I could, in fact, learn to come to terms, with the help of others, with my shoelaces coming untied every now and then. I learned that writing about tough topics such as asking your future wife out (sort of) on a date to Star Wars and being rejected can be cathartic. I learned that penguins can’t taste ice cream, which didn’t help at all but I found it quite fascinating all the same.

Holding on to the painful lesson provided by the fact that penguins have been genetically screwed over, I look forward to improving myself, and this blog, many in the upcoming year. I’ve even gone so far to set the following New Year’s resolutions:

1. Write more posts of substance. An example of this might be about which flavor of ice cream a penguin would like most if it could differentiate the flavors.

2. Lose 30 pounds. An example of this would be the large amount of flab centered around my mid-section.

3. Be more engaged in life. An example of which would be something I’m sure.

4. Be more honest in my posts. For example, actually reading the article about penguins not being able to taste ice cream rather than just guess what the article says based on its headline. 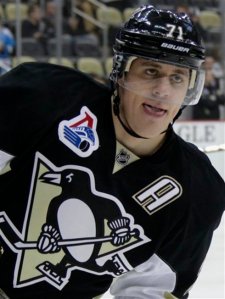 Although scientists recently revealed that penguins can’t taste ice cream it’s not going to stop this penguin from trying.

5. Write a book. An example of this would be something along the lines of a bunch of pieces of paper bound together with a cover with a decent amount of words written in said paper.

Lofty goals I know; but I am up for the challenge.

Along with these resolutions, I’ve created a motto for myself this year that is sure to inspire, not just myself, but a multitude of others:

I’ll let that sink in for a minute…

As you continue to question whether I stole my motto from a certain former president, here is a quick rehashing of which posts were a success this past year and which ones could be equated to the same former president’s time in the oval office:

1. San Diego. My most successful series of posts this year by far was that which I wrote while in San Diego with the in-laws. It was a great trip and one that I was happy to share with all of you while also keeping my roommates on their toes lest they end up in the next day’s post.

2. My wife. Sharing the admittedly embarrassing episodes of sort-of asking my wife-to-be on a date to see the new Star Wars movie and then proposing sans ring was not an easy task but both posts were well received. I’m glad you all enjoy laughing (presumably) at my pain.

3. My “honest” posts. I wrote a couple of posts about my issues with shoelaces and people paying for my lunch, both of which were not only cathardic but also seemed to be enjoyed by others.

I prefer not to think about these posts.

With my resolutions set, a motto at hand and ignoring the posts that were not as successful as others I have no doubt that 2015 will be another year in which penguins still won’t be able to taste ice cream.