Home › Humor › A Long Time Ago, In a Parking Lot Far, Far Away

A Long Time Ago, In a Parking Lot Far, Far Away

It was the 4th of July, 1999. Standing in the parking lot with the woman I was dating I did something unexpected. Something that I never dreamed I would do and something the woman probably wishes would have been done in a different way (not unlike the feeling that we all got when George Lucas began tinkering with the original Star Wars movies). At any rate, it happened and there was, and is, no way to change it. Here’s how it went down…

Not long after I treated my new coworker to Souper Salad!, she, for some unknown reason (the force obviously wasn’t strong in me), continued to date me. We had a lot of fun going to other vegetarian places (pizza place in the food court) for meals and got to know each other over coffee and drinks (all vegetarian as well). During this time I had met her family numerous times since they lived in the same city and she had only met some of my family once. With this in mind we decided to meet my family at my aunt’s house for the Fourth of July. As we made the trek to my aunt’s house a voice in my mind said, I have a bad feeling about this. 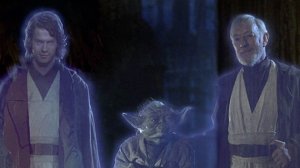 I had a bad feeling about the remade ending of Return of the Jedi as well.

Upon arrival we were greeted by a bunch of people who I didn’t know. They were relatives; cousins mostly, but I had never real kept in touch with any of them. In addition there was a plethora of food and dogs but, I don’t believe, there was a combination of the two. As we our way around the tables, counters and stove filled with various foods I wondered if any of them were vegetarian friendly. I’m still wondering that today; as is my coworker I’m sure. With all of the talking, smells and dogs I couldn’t help but wonder if we had entered a cantina on Tatooine. I said the same to my coworker to which she replied to me with a frightened stare. I quickly reassured her that it wasn’t Tatooine (at least I didn’t think it was) but the stare continued. Doing some quick travel calculations, just to be sure we were in fact at my aunt’s house, I was reassured about that and then realized that she probably wasn’t used to family gatherings like this.

My coworker’s family is quite different from mine. Where her’s is orderly, mine is chaotic. Where her family likes to sit around a table for a meal, mine likes to sit in front of the TV on a couch or, in this case, a dog if it will stand still long enough and all of the other seats are taken. Our families are just different. Neither better than the other, they both just have their own style and a way of doing things, just as neither Han Solo or Luke Skywalker were better than the other and equally good matches for Princess Leia (except for the whole brother/sister thing).

Realizing that she was probably overwhelmed by the madness or had been peed on by a dog (both were equally possible), I knew I had to do something to help her feel better. In times like this I pride myself for being a quick thinker. The only downside is that my thinking is so quick that I don’t catch what the thoughts were and begin to panic. Unlike my quick thoughts, my panic does not go away quickly, instead it sits like a lead weight in my stomach and prevents me from doing anything…at all. So as we continued to sit there, my coworker with her eyes bulging, and me unmoving except for the sweat that began to pour down my face, we were both relieved when we heard we were going to head to the fireworks; the drive would give us some time to decompress a bit. 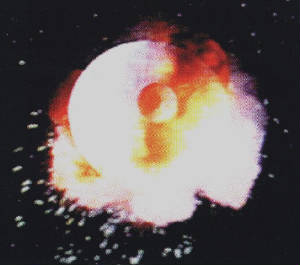 The drive to the fireworks show was nice and relaxing and as the whole of my family members (whoever they happened to be) gathered together we enjoyed a nice fireworks display. As I watched the various lights and heard the booms of the fireworks I felt, at that moment, that there was something I needed to do: I needed to watch Return of the Jedi again – the explosion of the second death star was just like watching the fireworks that were being let off before us.

As the grand finale finished up we thanked everyone for having us and drove back to Phoenix and my apartment complex because my car would not have made it on that far of a drive and my coworker was nice enough to drive us there and back in hers. That’s when it happened.
To this day I’m not sure what prompted me to do what I did.

Maybe the fireworks had sparked a romantic flame in my soul. Maybe it was thinking of how happy everyone seemed at the end of Return of the Jedi. Maybe it was because I was afraid that the food may have been licked by the dogs before we ate some of it and we would both come down with some truly horrid intestinal disease resulting in our untimely death. Or maybe I just knew she was the One, like Morpheus knew that Neo was the One.

At any rate, before she drove away in her working automobile this happened:

Me: I want to ask you something.

Me: Did you say you wanted to see the new Star Wars movie?

Me: Well, do you want to get married then? I mean I don’t have a ring or anything but I’m sure I could get one later or something.

I have no recollection of what happened next as I had passed out from the shock; the shock of her not wanting to go see the new Star Wars movie. As poor  as the execution may have been the remakes of the three original Star Wars movies still turn my stomach. Additionally, my poorly executed proposal was remade into an equally poorly done second proposal but at least I had a ring this time and my coworker was equally willing to go along with it again, and that’s more than Mr. Lucas can say about his remakes. 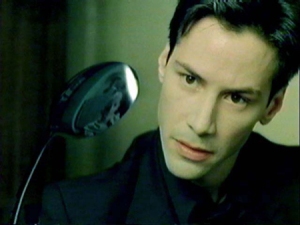