January 20, 2017 was a sad day, not just for me but for all of America. It was a day in which we all should have been celebrating America’s greatest show of democracy, the peaceful turning over of power from one president to the next, but this year’s inauguration was marred. As soon as the 45th president of the United States began his inauguration speech everyone knew that the day was going to be ruined, everyone, that is, except Melania Trump who, I believe, was planning her escape. 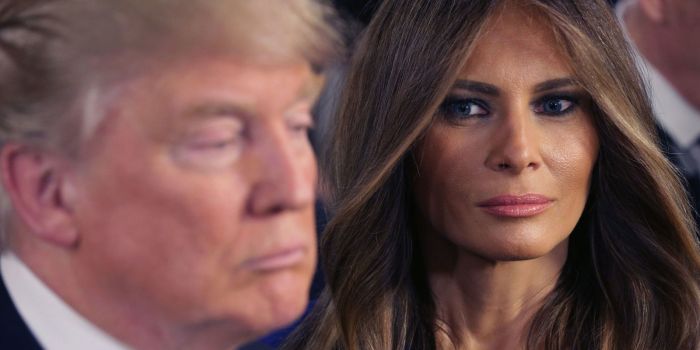 Till death do we part hmm?

At any rate, the day was going awry due to the fact that Mr. Trump decided to give an inauguration speech that some political hack wrote for him instead of the speech I offered to him. It was disappointing. It was insulting. It was wro-o-o-o-ong.

How could he not choose to give my speech when, with his campaign in the dumps, I wrote the Trump Anthem which, clearly, led to the resurgence in his campaign and, ultimately, his election. Did you really think that talking about tombstones and carnage would sound the right note to the beginning of your presidential symphony? Did you think that droning on and on about bridges, Nebraska and borders would strike an inspirational tone? Did you think?

Since you didn’t deliver it sir, I will do so myself and prepare to clap your tiny little hands until they are raw…

Chief Justice Chin Dimple, ex-Presidents and the rest of you Swamp Dwellers, I thank you. I thank you all for being such losers so that a winner like me could be here today to drain the swamp, or the weasel…whichever comes first, and I’ll tell ya’, I had a lot of coffee this morning. 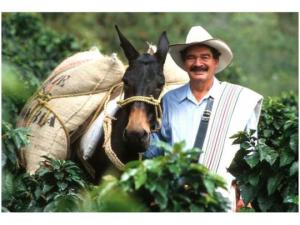 Speaking of coffee, soon, once we have built the wall on the border of Mexico to keep Juan Valdez’s coffee out of our country once and for all, American coffee will be great again. It’s time that guys like Jim Folgers and Bob Sanka, guys who have been suffering for so long from coffee borne on mules by Juan and his cronies, to have a fair shake in the coffee game. By giving great Americans like Folgers and Sanka a chance to recapture the coffee market from Mr. Valdez, jobs that have been given to mules before will now be given to Americans so that they can begin to live the American dream.

And we won’t stop there, no, not by a long shot. Now that we have taken back our country from the Swamp Monsters of the government it won’t be long before millions of Americans have jobs that will make them feel like they are in a dream that they can’t wake up from. They will dream of produce plucked from American soil by their own American hands until they just can’t take it any more. They will dream of washing dishes for 10 hours each day and wonder if this is the same country that they lived in not so long ago. They will dream of cleaning sheets for days on end while holding on to a hope that they never dreamed they would have to hold on to.

This will not be a dream though, this will be reality; a reality that we are all going to create together for it is time for us to unite and be one country and care for one country – our country. No longer will America look at other countries and wonder if we can help them; we’ll be too busy erecting the newly sponsored, Southern Border Wall by Viagra. No longer will America lend money to other nations; we’ll be spending all the money turning the newly drained swamp into a factory to produce Ivanka’s new underwear line (Anti-Swamp Ass boxers, briefs and panties). No longer.

Besides rebuilding America’s infrastructure it is time that we as a nation stood up and demanded that Congress pass a bill to increase the number of characters we can use per tweet. Too long have we as a country been suppressed to 140 characters per tweet, a limit to our rights to free and long-winded speech. My right, and yours, to insult others, regardless of race, sex or special needs will no longer be limited by such a pitiful amount of characters. And we won’t stop there. 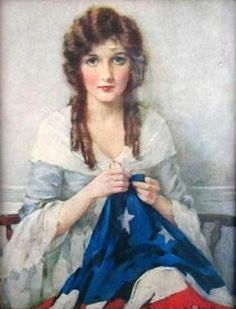 I plan to defend the freedom of speech as much as I defend the fact that this is, in fact, my real hair. I’m going to go so far as to even encourage people to burn the flag in protest – burn, burn, burn away, I say. Now some of you may be surprised that I m saying this but, really, have you seen the flag? It’s awful. Really, it’s a disaster. All those Stars and Stripes; a truly terrible design. And don’t get me started on Betsy Ross. I mean, have you seen paintings of her? Not even guy like me would try to, well, you know…Anyway, like I was saying, burn away! My great friend and American Patriot, Steve Bannon, has commissioned a new design from a very talented flag designer, Katze Greifen, who I’m told, has created a design that will not only create a furor when it is unveiled but it will be so glorious that the American people will have no choice but to raise their right arm to shield their eyes from its radiance.

There is also much work to be done to save the American people from the carnage that has become television. Too long now the American people have had to watch shows that provoke thought, shows containing characters with depth and complex emotions and shows that aren’t afraid to make fun of me. To make sure that the American people get the kind of programming that they deserve I’ve compiled a truly impressive group of folks who will make television great again by creating shows that reflect the real values of America as evidenced by my stunning, but not surprising, election. Leading this charge against insulting programming will be Roseanne Barr, Jerry Springer and Bill Cosby; all of whom know what my America wants.

God bless the United States and God bless the American people, except for the swamp people, anyone who has drunk Juan Valdez’s coffee, Betsy Ross, anyone involved in making television shows right now and anyone else who has not been as great as me, which, of course, means all of you.

Oh yeah, if I fail to deliver on any of the promises I have made it is China’s fault.