Bees Are Still Jerks: A Sequel

Some of you may remember that I wrote a post about overcoming my fear of bees so as not to pass on this fear to my kids titled Teaching My Kids a Lesson I’ll Never Forget: Part One. You may also remember from the post that I failed miserably after getting stung for a third time at a local pumpkin patch and finally admitting to my son that bees are indeed jerks. Apparently word of this blog post got back to the bee community at the pumpkin patch…and they were not happy about it! What follows then is a harrowing tale of ambushes, lives being put in jeopardy and lunches sacrificed. This day, a day I have creatively dubbed: “The Jerk Bee Apocalypse Day”, is a day none of us will ever forget, and after reading this, my friends, you won’t either.

“The Jerk Bee Apocalypse Day” started out like most of our trips to the pumpkin patch: the kids running around the patch and climbing towers of hay bails; my wife, two sons and I each picking out a pumpkin; me getting a hernia from trying to carry and/or wheelbarrow the pumpkins from the patch back to the store and on to the car, but it soon went awry as my family and I sat down for our traditional picnic lunch.

It began with just a single bee.

A single bee buzzing around the food that my wife, two sons and I had just sat down at a picnic table to eat.

A single nuisance of a bee that I patiently, and quite bravely, shooed away a couple of times while telling my son, “not to worry about it” and, “just keep eating”.

A single horrid bee that made me regret these words to my son.

My son was right to be worried because this single jerk of a bee was actually a bee spy.

Though I can’t prove it, I believe this bee had been scoping out every person that had stepped foot on the pumpkin patch grounds waiting for me to arrive and, having finally found me, blared his bee-bugle signaling a bee charge never before seen by mankind.

As we found ourselves the victims of a unmerciful bee onslaught, I performed my second act of bravery that day by yelling to my wife and kids to make a run for it while I fought them off with a half-eaten hot dog and cup of coffee. Alas, my bravery was for naught.

The jerks attacked my youngest son first (they always go after the smallest one in the pack first, the cowards). They landed on his face and taunted him with calls of,”Nanie-nanie-nanie” while sticking their tongues out at him. My son, still being innocent in the ways of life and bee jerkdom, picked one off of his face in retaliation and was rewarded with his first bee sting. Gripped with a rage that frightens me to think about even to his day, I, not unlike Billy the Kid drawing down on Sheriff Brady, fired off a part of my hot dog bun hoping to make this jerk bee reap the whirlwind for what he had done to my son but my aim was a bit off and I nearly took out a nine year-old boy and his dad instead. The surprise of the hot dog bun missile, however, created enough of a distraction (I can still hear the bees laughing at my attempt to destroy them with a piece of bread) for my wife and two sons to make their escape. Knowing that my family was safe I valiantly (loosely translated from French as, “To fight off bees with a hot dog and coffee cup in a spasmodic, and decidedly frightening – to other humans at least – manner”) fought on to recover the ground that we had lost (diaper bag, food containers, etc) which I did after scaring every other living thing away from me besides the bees.

As I ran as fast I could back to the car, leaving the bee taunts and victory-whoops far behind me, I knew that the bees had won the day but, I swore to myself,  next year, I will win the war. And it won’t bother me a bit to tell my kids that the reason we are eating our “picnic” lunch inside the car is because bees are still jerks. 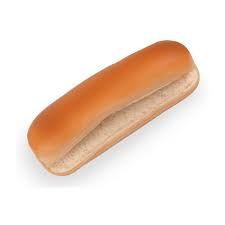 Useless against jerks (fairly effective against a nine year-old boy and his father, however)