The 50th post. Quite an accomplishment don’t you think? I’m not referring to me of course, but instead you, my faithful readers. I’m impressed by the fact that you have read the 49 previous posts and continue to come back for more. As a show of appreciation I would like to offer you a therapy session for this problem of yours, however I can’t afford to do that. Instead I will offer you a glimpse into some of the posts that were never published due to a myriad of factors, including laziness. If, by chance, any of these topics catch your fancy I would recommend seeking professional help for that as well.

Thomas Perkins’s Sex and the Single Zillionaire: A Book? Review

For those of you who don’t know who Thomas Perkins is, I highly suggest you Google: “poor people are like Nazis”, or “if you have to pay a million in taxes you should get a million votes”, after which, if you are at all like me, you will find yourself hoping for an asteroid to fall from the sky and put the poor, unfortunate soul that is Mr. Perkins out of his poor, unfortunate misery. You may also notice on Google that, among Thomas “I’m-richer-than-you-are” Perkins’s many talents, he is also a writer. I assume he has “written” a few “How to Get as Rich as Me so That You Can Call the Less Wealthy Nazis Too” books, but, more importantly, he is the author of the literary classic, Sex and the Single Zillionaire, which was to be the topic of my “review”. Having read a sentence or two of this book I decided that the book didn’t need me to make a mockery of it; it does it just fine by itself.

I hope Mr. Perkins’s next life is a little less oppressive.

A Birthday Post: Or Life in the “oh-my-god-I’m-going-to-die” Lane Part Deux

As a gift for my last birthday the antagonist from my earlier post Life in the Oh-My-God-‘m-Going-to-Die Lane, decided to really give me something to write about in my blog by taking me on a “leisurely jaunt” in his brand new Porsche. I never wrote this post because my therapist told me I’m still not ready to deal with the emotional trauma caused by said jaunt. My therapist also suggested that I call out sick on my next birthday.

The Chicago Bears’ 2013 Year in Review

After the Chicago Bears defense failed, yet again, to stop the Green Bay Packers offense from ending the Bears’ season in the final seconds of the final game I had to stop writing the post due to a general disgust for the way the D played in 2013. This, by the way, was the first stop credited to the Bears’ defense all year. 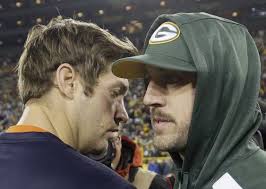 “You’re D really sucks this year Jay.” “I know but at least no one’s talking about the 98 interceptions I threw this  year.”

Great Moment in Account History: One Accountants Dealing With Fame

This chapter in the Great Moments in Accounting History was going to deal with the pressures that many accounting students feel in school; particularly the pressures in dealing with fame and the temptation of accepting cash or other goods/services that are offered in exchange for autographs and other memorabilia related to their accounting activities. At the time the media was all abuzz about an accusation that Johnny Manziel was being paid for his autographs but there was never any mention of the fact that this happens to accounting student all the time. In fact, when I was a college student it was all I could do to not succumb to the pressures of memorabilia dealers asking for autographs in exchange for money. If I was asked for my pocket protector, #2 pencil or ledger paper just 18 times in one day I considered it to be a good day. It may be difficult to be a start athlete, what with the money, the fame, the woman, etc, but as an accounting student I had to deal with that too, all while trying to pass my classes so that I could graduate, get a job and survive on a fraction of what a start athlete makes in one single day. I’d like to see Johnny Football do that.

Bees are Still Jerks: A Sequel

Some of you may remember that I wrote a post titled Teaching My Kids a Lesson I’ll Never Forget: Part One, which was about overcoming my fears of bees so as to not pass on this fear to my kids. You may also remember from the post that I failed miserably after getting stung for a third time at a local pumpkin patch and finally admitting to my son that bees are indeed jerks. Apparently word of this blog post got back to the bee community at the pumpkin patch…and they were not happy about it! What started out as a nice day picking out pumpkins to be carved for Halloween, turned into a day I have creatively dubbed as “The Jerk Bee Apocalypse Day”.

Needless to say, the story involved me battling the bees with a hot dog bun and a cup of coffee and one of my sons getting a lesson as to why bees are…everyone now…jerks! 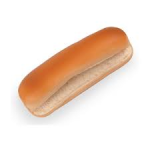 My weapon of choice when fighting a swarm of bees.

In all seriousness I do appreciate all of you who read, skim, or peruse my blog; without you this blog would only be read by my wife who does so only because I remind her that she agreed to be with me “for better or worse”. I’ve conveniently forgotten what her reply to this is.

At any rate, I hope you continue to read this blog…if only for my wife’s sake.

Like Loading...
‹ Dave Barry’s “You Can Date Boys When You’re Forty”: A Review
Bees Are Still Jerks: A Sequel ›