I buy into the madness of March every year. I never win but I do it anyway. There is something just so alluring about filling out a bracket each year that keeps me coming back for more. Maybe it’s just wanting to be part of something bigger than myself. Maybe it’s because I’m a Chicago Bears fan and am used to believing that next year will be the year that they/I will win. Maybe it’s a desperation of wanting to break even after all of these years of losing. Maybe I shouldn’t do it this year.

I’ve already entered three March Madness pools this year and I have no doubt that I am going to win this time. I’ve done my research and I’m as confident as a Trump supporter at a Trump rally sucker-punching an anti-America Trump protester as they are being led away by Secret Service men for standing the wrong way during a rousing Trump speech.

I have no reason. Yet I believe every one of those things.

Because I know I’m right. I know that I am going to make my March Madness picks great again. I know that somebody who has picked a different team than I did is not only wrong but doesn’t truly love the sacred sporting event that is March Madness. I know that should I lose it won’t be my fault, it will be because the other participants hate me and are afraid of what might happen if I win.

To make sure that I win I’ve only joined pools that have accepted the necessary changes needed to keep the people who shouldn’t be there, who are unwanted, out of our pools. Sure there were people who didn’t like these changes. People who said that I was being hateful. People who said that I shouldn’t exclude others just because I didn’t like them or because I was afraid they would take over the March Madness pools but let me tell you something: I did it because I’m a winner and that’s what winners do.

Now, I’m going to let you in on my picks because, if you follow my lead, you will be a winner as well. We all need to start winning and I want to help lead that revolution so long as you all don’t try to beat me anyway. I mean I like to be around a bunch of winners but when you have hands the size of mine you need to be the winning-est winner around, if you know what I mean.

And that brings me to the first thing you need to remember when becoming a March Madness winner: It’s not the size of the pool that matters, it’s how you abuse it. You want to be the person in charge of your pool so that you can fiddle with their picks if things aren’t going your way. You want to be able to yank brackets left and right if they start performing better than your bracket does. Be a jerk if you have to. Tell Jack off. The only way to do this and, ultimately, have the other participants in your pool eating out of the palm of your hand is to be in charge. That’s what a winner does and I will make you win again for the first time.

The second thing to remember when you are on the road to becoming a March Madness winner is: Don’t trust China. I don’t why that has to be the case but it’s their fault and, as a winner, I’m not going to trust them so you shouldn’t either.

Now, I told you that I would share my picks with you and I will, though I really don’t see why you should need to see them at this point. I’ve already drawn a very detailed plan for you all to become winners, right? I mean I’m not sure what else I can tell you, at least for free. If you want to pay me, maybe we can talk. I mean, just become a winner. Be in charge. Don’t trust China. That’s how you win, that’s how we all win, except I will always win more; remember that!

Alright, I’m not going to show you my picks, you don’t need to see them, really. Just trust me. I will tell you who I picked to win the tournament this year though, I’ll tell you that much. So listen to me and not these other losers who say that they are winners just because they  have a bigger shoe size than you do, don’t listen to them. They are L-O-S-E-R-S. Losers. Really. I mean, look at them. No, really. Look at them, don’t they look like losers?

So stay away from losers, don’t trust China, be in charge of your office pool no matter how big or small it might be and pick the following team as the winner of this year’s March Madness pool: 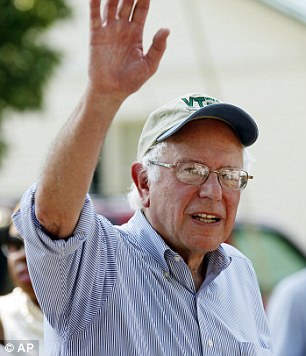