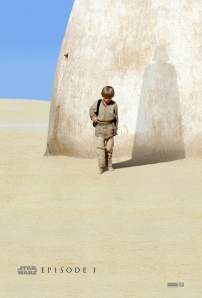 I can relate to the dejected-looking young Anakin Skywalker

The month was May. The year was 1999. For Star Wars fans this month and year should hold some significance as this was when Star Wars Episode 1 was released. I was, like most folks in my generation, excited to see this next/first installment of the Star Wars saga. I was so excited in fact that I thought it would be a great idea to ask a new coworker to see it with me. Much like the movie, however, my execution was horrible:

Me: So did you say you wanted to see the new Star Wars movie?

My failure to properly ask this coworker out was only overshadowed by that of George Lucas’s decision to include Jar-Jar Binks in Star Wars Episode 1. Following the tenacity of Mr. Lucas, who continued to include Jar-Jar in the next two installments of Star Wars, I pressed on with my pursuit of my coworker. 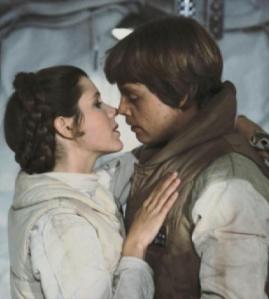 With the first failed attempt under my belt, I formulated a new plan. It was tricky though, in the sense that I was, technically, my coworker’s supervisor. Again, following Mr. Lucas’s lead wherein he tip-toed around that fact that Luke was in love with Leia despite the fact that we would later find out that this was an even trickier situation than I was in, I pressed on with my plan to ask this coworker out; properly this time. The plan was this: Actually ask her out this time. Brilliant right? “Why didn’t I think of this the first time around?” I thought to myself. But I couldn’t do this at just anytime; the reveal had to be timed perfectly like that of Leia being Luke’s sister (this analogy isn’t creepy at all is it?).

As luck would have it then, shortly after the debacle of Jar-Jar’s appearance on the big screen and my wishy-washy attempt to ask my coworker out, I was heading back to my hometown for a weekend to visit family. This was integral to my ultimate execution of this new plan in that it would provide a buffer of both time and space regardless of the outcome. If I ask her out right before I leave town, I though to myself, and she rejects me I will have a few days to find a new place in my hometown so as not to have to face my rejector ever again. If, however, she says yes, I also thought, she won’t have enough time to change her mind before I leave town for a couple of days. With this in mind, and right before my shift was over, I found myself with her alone in the stockroom and:

George Lucas’s depiction of the grin on my face after my coworker, I believe, said, “Yes”.

Me: Hey, I hope this isn’t weird like George Lucas including Jar-Jar Binks in the new Star Wars movie that I so feebly tried to ask you out to see, or like the Luke and Leia sister/brother relationship from Episodes 4-6, but would you want to…mumble, mumble, mumble…?

It was an exhilarating drive to my hometown that night, though, at some point, I began to wonder if I had actually heard her say yes (it was hard to tell due to the fact that I was halfway out the door when she said it). I decided to assume that she did and to continue to make that assumption until she said otherwise. And so it was that upon my return I found myself taking my coworker to a fancy lunch at Souper Salad (she is a vegetarian; where else could I have possibly taken her?) for our first date. We discovered a lot about each other as we picked over our cafeteria-style salads: she had a tongue ring; I was extremely bad at picking places to take girls to on first dates; she had a degree in psychology; I hoped that I had remembered to put on my Degree deodorant that day; and, most importantly, we were not twins that had been separated at birth in order to preserve the leadership of the Rebel Alliance.

Fifteen years later I still find myself wondering why she said yes to the date;  said yes to an extremely unromantic proposal; has stuck with me for 15 years (nearly 14 of them in marriage) and agreed to have two kids with me despite the fact that there was a very real chance that they could end up being like me. In the end I guess it’s best not to question a good thing; which means that I can still question why Mr. Lucas included Jar-Jar Binks in Star Wars Episodes 1 – 3. 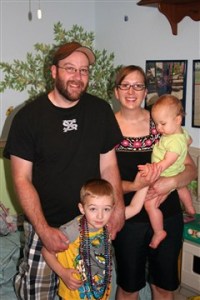 Like Loading...
‹ Ask the Accountant: Public vs Private Accounting
By the Numbers: An Interview with Megan Orlowski-Russell ›